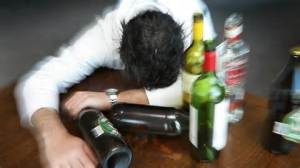 A report published by the Centers for Disease Control (CDC) may change some of your beliefs about binge drinking and alcoholism. The National Institute on Alcohol Abuse and Alcoholism defines binge drinking as a pattern of drinking that brings a person’s blood alcohol concentration (BAC) to 0.08 grams percent or above. This typically happens when men consume 5 or more drinks, and when women consume 4 or more drinks, in about 2 hours. Another important definition for this discussion is what is alcohol abuse? It is defined as using alcohol in such a way as to harm you. Are binge drinkers alcoholics? Not necessarily; the CDC says no. While many alcoholics have and still do indulge in bingeing, not all binge drinkers are alcoholics.

Here are some facts about these two types of alcohol abuse:

Any excessive use of alcohol can be damaging to your body. Learn where to get help if you believe you have a problem with the abuse of alcohol: http://drugabuse.com/usa/alcohol-abuse/las-vegas-nv/